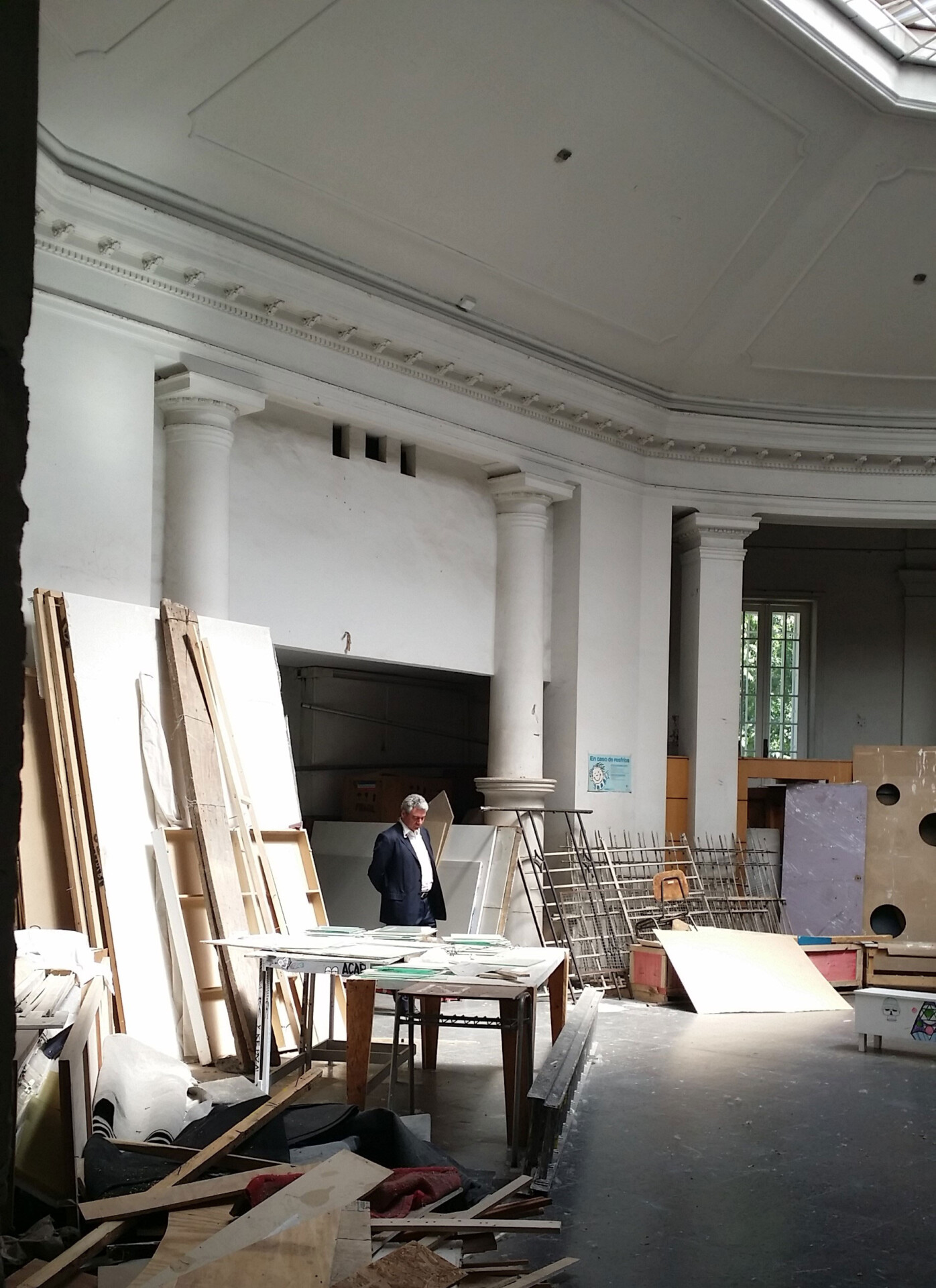 In 2013, on his 44th birthday, Luis Vidal celebrated the completion of his landmark project at Heathrow´s Terminal 2. Although he would go on to win an impressive twenty-seven awards for his work, the real satisfaction came from another source: this airport had been built for a city close to his heart, London, where he chose to train (graduating with honours from The University of Greenwich in 1994) and where he was accepted into The Royal Institute of British Architects (RIBA).

In fact, some of Vidal’s most powerful ideas were born during those student days. Even back then, he was quick to recognize the value of taking a holistic approach to his craft, believing that modern-day architecture should simply “work harder” to achieve wider social, environmental and economic goals. He began to take a particular interest in the field of aviation and transport: a reading of his thesis on London City Airport reveals the origins of some of his most current thinking, including his belief in the centrality of the user experience. Back in Spain, and after winning the contest, he became Project Director for the new Terminal 4 at Madrid’s Barajas Airport, as well as co-author of the Warsaw International Airport in Poland.

2004 saw the opening of his international practice: luis vidal + architects. Under his leadership, the studio adopted a clear philosophy and strategic mission: the pursuit of Architecture +. In essence, this meant that architecture should do more. It had to be inclusive, innovative and inspirational: the diverse needs of users had to be at the core of every plan and proposal. In airports, it meant creating a smooth and enjoyable start or end to a journey: Heathrow Terminal 2 (voted World Best Public Building in Architecture and awarded World Best Airport Terminal at the 2018 Skytrax Awards) made clever use of light, including sound and intuitive circulation. In Hospitals, such as Álvaro Cunqueiro in Vigo (winner of the Future Health Project at the Design & Health International Awards), the goal was to help patients, their families and health personnel find their way through the use of clear pathways, signage and direct visual connections. In projects such as Campus Palmas Altas business park in Seville, not only open spaces enabled greater interaction and collaboration between employees but also led to a win at the RIBAs.

As his practice has expanded outside of Spain and London, Vidal’s brand has brought innovative, high-quality and award-winning solutions to over 200 architectural assignments. From his U.S. office, he is now leading the design of major international airports within the country (Pittsburgh, Boston, Dallas, Atlanta and Saint Thomas). He has also designed a commercial spaceport in Denver and a vertiport model that it is already winning awards.

In Chile, his work on the Community Centre + CESFAM Matta Sur  -where heritage rehabilitation and new construction converse in an elegant balance and give a building with great cultural significance back to the community- has received important international recognition, including a design award from the AIA, the Chicago Athenaeum Award, and the Gubbio Award.

However, no matter whether it is a large-scale project (such as the Masterplan for the regeneration of a former central railway system in Valladolid, Spain, winner of an MIPIM AR Future Project Award or its proposal for Madrid Nuevo Norte in collaboration with RSHP), the MOOD bathroom fixtures for Porcelanosa or the Botín Centre (in collaboration with RPBW, and already an architectural and cultural landmark in the art world), Vidal remains loyal to his belief that a flexible, problem-solving mindset is the best way to resolve the business challenges for the client.

For Heathrow Terminal 2, this meant creating a social, economical and environmentally responsible building that could handle the twenty million passengers that travel through its doors every day. To achieve this, Vidal came up with a design that reduced CO2 emissions by forty per cent, and the airport became the first in the world to be awarded BREEAM Excellence for its sustainable features. Thanks to the BREEAM certificate for Álvaro Cunqueiro Hospital, the Platinum LEED for Campus Palmas Altas and Castellana 77 in Madrid, as well as the first Platinum LEED in the world awarded to a university campus (The Loyola University in Seville), among other sustainability certifications, Vidal maintains a reputation as an architect dedicated to making a positive impact on his surroundings.

The new Colón Towers, entrusted to Vidal by Mutua Madrileña, are the paradigm of this unique DNA.

Amongst all these achievements, he continues to emphasize the importance of a robust vision. As well as environmental responsibility, his practice remains committed to social and economic sustainability, inviting clients to closely collaborate on projects designed to leave a lasting legacy, because, whilst recognition that comes with awards are always nice to receive, the true test of success comes from stakeholder and user satisfaction. Vidal’s projects are renowned for its excellence and for running on time and to budget: an important commitment that keeps luis vidal + architects in a leading global architecture position.